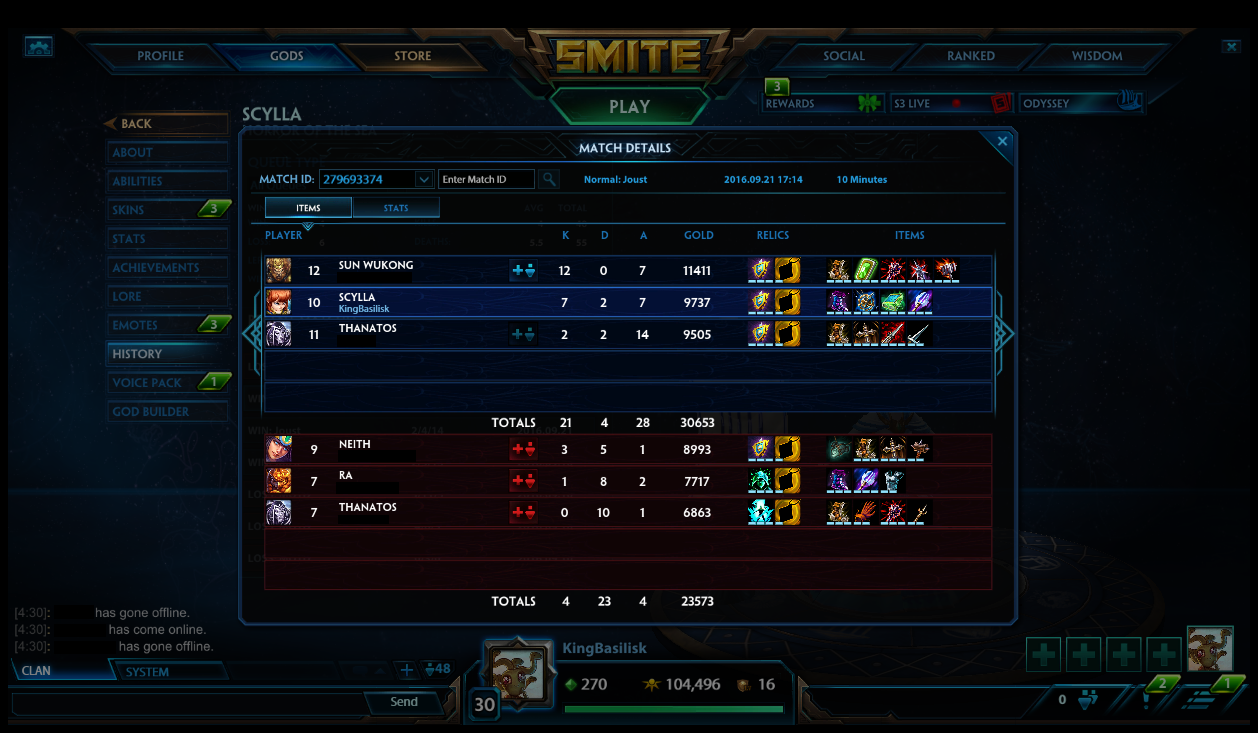 In the game Smite, there are different gamemodes. In Joust mages are one of the classes in the standard formation. Plenty of people who play Smite main mages. Why is that?

In all gamemodes, you usually want to have one to a few mages on your team. That is because mages have the highest damage in the game. They are most often ability based (they rely on their abilities for their main source of damage). The few exceptions are Chronos, Freya, and Ao Kuang. Those mages are basic attack based.

For ability based mages having the most power is key. However, mages aren’t just attackers, there are healers in this class as well. For those types you don’t want just raw power.

When building a damage mage you want the most magical power as possible, but getting special items with passives that work with your god are also great to buy. Rod of Tahuti is a great item, you can use spear of deslation in it’s place though, because they both give you 120 magical power. But I prefer rod of Tahuti’s  25% extra magic power than getting Spear of Desolation’s 8 seconds cooldown when you kill an enemy god.

When building a healer you want to heal more to your allies and still deal damage to your enemies. For healing allies, Gauntlet of Thebes is great if your team is doing well but you are not doing as well as you could be. Rod of Asclepius is a must have for team healers like Chang’e, Hel, Ra, and gods like that. Since you still want to have damage, getting Rod of Tahuti is great if you still want to deal damage.

For basic attack based mages like Chronos and Freya you want items with special effects you want to get items such as Polynomicon, Telkhines ring, Demonic Grip. Items that have effects for your basics. Polynomicon increases auto attack damage by 75% of your magical power after using an ability. Telkhines Ring deals 35 extra magic damage in contribution to your AA. Demonic Grip lowers the magical protections of the enemy you hit with your auto’s by 12% for a maximum of 3 times. After getting at least a few of those items you want to get some magic power to boost the damage of Polynomicon. Polynomicon is a basic mage’s main source of damage, it triggers on everything: Towers, gods, minions, buff camps, the fire giant, the gold fury. So you want it to deal the most damage possible. Get Rod of Tahuti after your auto attack items are completed.