Kuzenbo is a Japanese God. He is a Guardian, the tank class of Smite.

Kuzenbos passive ability is called Water Bowl. Water Bowl works by every time the god takes over two percent of his maximum health, Kuzenbo gains a stack of damage reduction. There is a max stack count of ten stacks, so he can only have ten stacks at a time. The stacks last for ten seconds and refresh when he gets a new one. If Kuzenbo gets knocked up, grabbed, pulled, or banished, he loses half his stacks. Ability Water Bowl allows for Kuzenbo to have damage reduction, which helps him sustain. It also has other uses, like for helping his team. If he uses it, then he can tank better afterwords. He could take more damage, provided he can heal fast enough.

Kuzenbos first ability is called Nene Kappa. It is a projectile that bounces off walls like Ho Yi’s first ability, but after reaching it’s max range, a small turtle bursts out of the shell, and attacks the nearest enemy, preferably a god. Nene Kappa has a range of 70.

Kuzenbos second ability is called Shell Spikes. Shell Spikes is an ability that acts like Nemesis’s third ability, Retribution. Except that Shell Spikes doesn’t give you a shield. Shell Spikes also has a cool effect. Every time you take damage, a percentage of Nene Kappa’s cooldown gets reduced.

Kuzenbo’s ultimate is Watery Grave. Watery Grave spins Kuzenbo around, dealing damage. The ultimates range is a circle, and the radius is 22.5.

You play Kuzenbo like you would play a guardian, blocking the damage going to your damage dealing team members. You protect your mage and hunter from being killed.

Using Kuzenbo’s three properly is essential in playing him. Kuzenbos Sumo Slam is meant as a peel and a crowd control for your team to attack the enemy. Use it when enemies are closing in on your teammates. Or use it to push squishys to a nearby wall for your allies to attack.

Since Kuzenbo is a guardian, his primary stat is his defense. Build to enhance that stat, but don’t forget to buy health items so you can take more damage. Good items to pick would be: Reinforced Shoes for your boots, Sovereignty, Breastplate of Valor, or Hide of the Nemean Lion for physical protection, Oni Hunters Garb, Genji’s Garb, or sometimes Pestilence for magical protection. And for health items, good ones would be: Stone of Gaia, Hide of the Urchin, or Gem of Isolation. 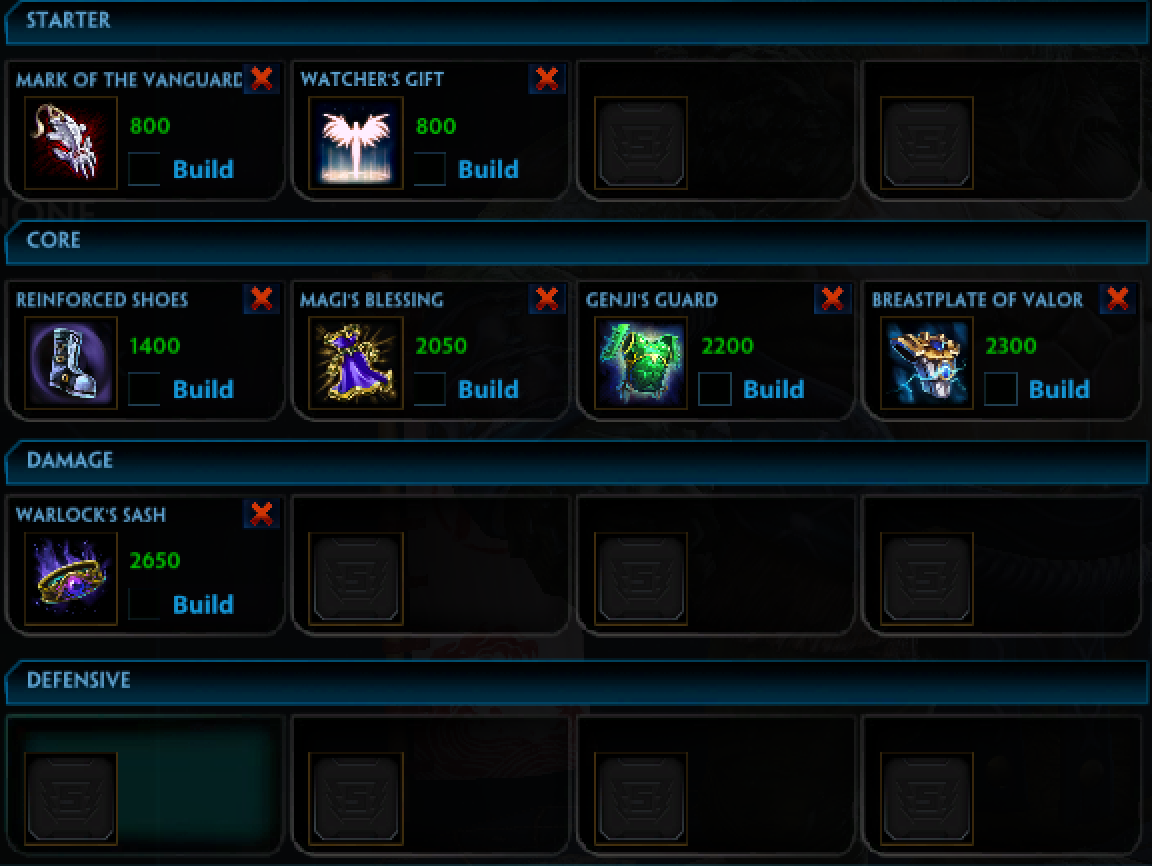 When you level your abilities, you have t0 level them in a particular order. But for every game that you level them, depends on what happens within each game. For example if you have on the enemy team a team made up of two good damage dealers, you should upgrade your Shell Spikes (your second ability) first. If the enemy team is mainly a passive, average damage gods, upgrade your third ability, Sumo Slam first. Your ultimate is not very useful, so don’t upgrade it unless your damage dealing team is doing fine on their own so you can deal a little bit more damage for your team. Pretty much the only time you’d upgrade your first ability first is when the enemy team is full of squishies.