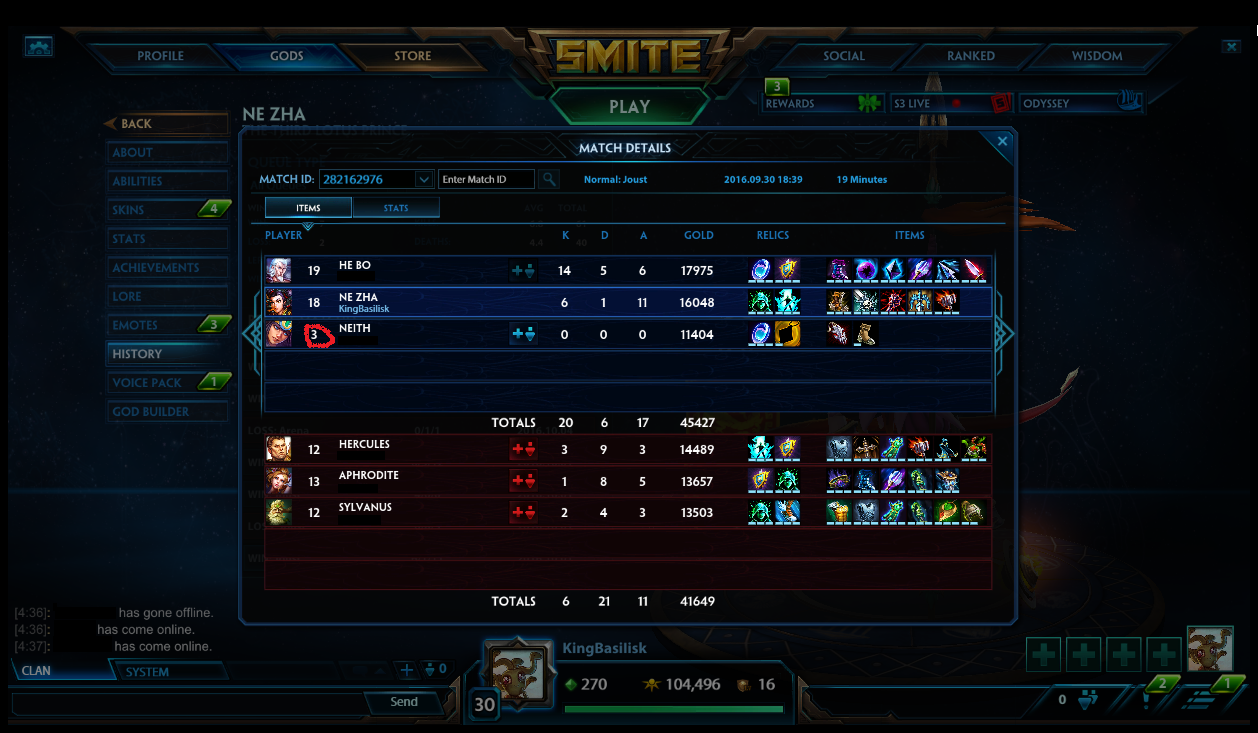 If you ever have played a game with DC’s, or disconnects, before, you have probably heard a few VVGG’s or good games when the game has just begun. People do that because if your game has a disconnect, your team is already at a serious disadvantage.

Players don’t like playing with disconnects because you have more work on the rest of your teammates. It is mostly enough to justify a ten minute surrender. When having a DC, it becomes harder to get even or ahead when behind on gold and exp.

farmIng With a DC

DC’s are bad when is comes to farm because you have less people to farm with you, so you have less clear in lane. What this means is that, usually your team is at a disadvantage to farm, and your lane will be pushed back easier and you will have less structure damage because of one less person doing damage to the structure, and one less person who cleared the lane so you have less time for attacking the tower or phoenix. This usually happens. There are exceptions though, if the team you are in has a lot of farming abilities, you are better off.

can you do teamfights with a Disconnect

If your team has a DC in it, teamfights are hard. Here are some tips for playing with a disconnect: If you have a back line assassin on your team (like Loki), make sure that they are looking for the gods that are out of position. They can easily take a quick kill and get away. This up’s your teams gold and helps you get ahead. If you are in a game of conquest? Split pushing is always an option, it works with the right items. If you are a hunter than you should get more sustaining items to increase the chances of you living and maybe getting a few kills.

Why DC’s are not as bad as they seem

Having a disconnect is hard, and disadvantageous, but not if you are a good enough player to overcome the obstacle. It can be good, because if you are winning with a DC, the enemy team should be more scared of you than they would if you didn’t and you were doing well because it shows that you are a good player.

If your team is good at farming then you have won half the battle. The real struggle comes with winning fights. Really the only trouble with playing with DC’s is staying even with exp and gold.

Tips for fighting with a DC

If you have a DC, don’t make any risky moves unless you are fed.

Take as much gold whenever possible

Take the enemy camps as often as you can so you deprive the enemy team of it and give your team gold.

With a DC, your build should be more suited to clearing.

Lifesteal items, they make you live longer in the fight.

Protections, they help you live longer so you stay in lane and get the most exp possible.